LIFELONG LEARNING: A CONVERSATION WITH MARK HILPERT AND PHILADELPHIA ALUMNI

The Philadelphia Alumni Chapter invites you to a conversation with Mark Hilpert (MBA 2010), Client Director at UNC Executive Development, to discuss lifelong learning for individuals and their organization. The session will be followed by networking and a chapter update at 12:30 p.m. (Will we finally settle the Wawa vs Sheetz debate?) 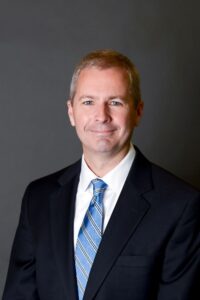 Mark builds trusted relationships and partners with global organizations to accelerate their leadership and development strategy. He works with clients to co-develop innovative learning solutions that transform leaders and drive business impact.

Mark has over two decades of leadership experience in the clean energy industry, the U.S. military, and the federal government. Prior to joining UNC Executive Development, Mark led solar energy business development and project management for companies including Booz Allen Hamilton, SunPower, and PCI Solar. During his decade in renewable energy, he spearheaded due diligence for two solar projects now operational on U.S. military bases, secured PCI Solar’s largest solar project to that date and its first ever Fortune 500 client, and advised the U.S. Army and Marine Corps on optimal design and execution of their renewable energy programs.

Before working in solar energy, he served as a U.S. Navy officer on an aircraft carrier strike group, which deployed in support of the Iraq War, and as a Congressional staffer. He was recognized with two Navy Marine Corps Achievement Medals and a #1 ranking out of his 28 peer officers on the USS NIMITZ.

An alumnus of UNC and avid Tar Heel fan, Mark holds an MBA from Kenan-Flagler Business School. He also received his MA in international affairs from George Washington University and his BA from Wake Forest University.