Operating in a Period of Economic Uncertainty

Business leaders, investors and policymakers face a confusing set of signals about the state of the U.S. economy, including 40-year high inflation and a large rebound in consumer demand. Christian and Gerald will discuss issues such as: whether the U.S. economy is seriously overheated or do current conditions primarily reflect a transitory imbalance associated with COVID-19 and supply chain disruptions; what is the potential impact of hostilities in Ukraine; and how should business leaders, investors, and policy makers respond to the uncertainty around these and other economic issues.

Gerald is the Chief Economist at the Kenan Institute of Private Enterprise and a Research Professor at the Kenan-Flagler Business School. He provides strategic vision and leadership of the translational economic research and policy initiatives at the Kenan Institute. He has worked in both the public and private sectors focusing on the intersection between financial markets and economic fundamentals. During the Obama Administration Gerald was Deputy Assistant Secretary for Macroeconomic Analysis at the U.S. Department of Treasury where he helped formulate and evaluate the impact of policy proposals on the U.S. economy. Prior to Treasury, he co-managed a global macro fund at Ziff Brothers Investments. Gerald holds a B.S. from the Massachusetts Institute of Technology and a Ph.D. in Economics from Harvard University and is a contributing author to 30-Second Money as well as a co-author of Political Cycles and the Macroeconomy.

Christian is the Richard Levin Distinguished Professor of Finance and the Senior Associate Dean for Faculty and Research at the University of North Carolina’s Kenan-Flagler Business School.  He also holds a courtesy appointment as a Special-Term Professor at the PBC School of Finance, Tsinghua University in Beijing, China.  His research spans investment management and international finance, with a specialization in emerging market development.  He also served as a financial economist at the Federal Reserve Board in Washington, D.C., where he advised the Board of Governors on international financial market developments.  He is the recipient of Weatherspoon Award for Excellence in Research and the MBA for Executives and OneMBA Teaching Excellence awards.  He received a PhD in financial economics and a master’s degree in economics from Duke University.  He earned his BA in economics and English literature with highest honors from Washington University in St. Louis. 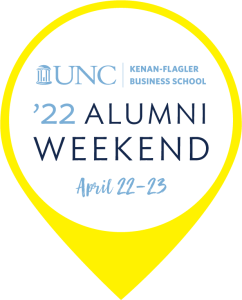